Nothing but natural materials 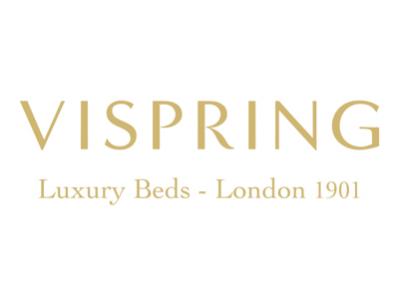 At the turn of the 20th century, an English engineer called James Marshall offered his wife the most precious gift of all - a perfect night's sleep. His mattress's pioneering use of individually pocketed steel springs ushered in unparalleled levels of comfort, making Vispring a byword for luxury.

James Marshall is an English engineer working in Canada. When his wife is taken ill, he creates a handmade support system for her, with coiled springs wrapped in unbleached muslin, quilted with horsehair and outer tufted. Already used in chair seats and divans, springs have never before been enclosed in pockets and integrated into a mattress.

John Nolon and Frederick James decide to promote Marshall's revolutionary mattress in Britain. Unable to persuade local manufacturers to adopt the idea, they elect to produce the Marshall mattress themselves. The Marshall Sanitary Mattress Company is incorporated in London on 24 September 1901. The Vispring story has begun.

The company adopts the Vispring name and logo. For the past few years, it has been using a hare motif - chosen to illustrate the resilience and bounce of its springs – which is now combined with the Roman numeral VI: a subtle reference to the fact that six springs are at this point being used inside each sewn pocket.

The bespoke comfort of Vispring's mattresses has by now attracted the prestigious steamship companies of the day. Having equipped its flagship the Olympic with Vispring mattresses in 1911, the White Star Line turns to the company once again for the fitting out of her sister ship, the Titanic: each of the vessel's 39 suites and 350 First Class cabins come complete with Vispring mattresses.

Vispring starts including pure cotton as a filling for its mattresses. The company has always insisted on using nothing but natural materials, but only horsehair has so far been employed for upholstery. From now on, the range is expanded to include ever more luxurious materials, such as Shetland wool, silk and cashmere.

Vispring introduces the world's first pocket-sprung divan - the Vibase - as the perfect partner for its iconic mattresses. A Vispring divan and mattress combination still provides the ultimate sleeping experience to this day.

Vispring inaugurates a partnership with Princess Yacht, the Plymouth-based luxury yacht builder. Throughout its history, Vispring has been associated with legendary vessels - from the Mauretania to the Queen Elizabeth II.

For this new collaboration, it continues to use its bespoke expertise to create beds that complement each yacht's individual cabins, in keeping with customers' special requests.

Vispring is awarded the highly prized Queen's Award for Enterprise. Instituted by Royal Warrant, the Award honours businesses that have excelled in the fields of international trade, innovation or sustainable development. The presentation ceremony is a proud moment for all the company's staff.

Graced with a new visual identity, Vispring continues to expand throughout the world. With some 500 stockists in 35 countries spread across all five continents, it is now bringing a perfect night's sleep to more people than ever before, while still crafting beds that are handmade to order - just as they were in James Marshall's day

Profoundly attached to the values of excellence and craftsmanship, Vispring epitomizes a distinctively British form of elegance.

Our beds combine technical prowess with a bespoke approach worthy of the finest tailoring. They are the product of a ceaseless quest for the ultimate in quality coupled with lasting respect for traditional workmanship.

Today, they remain the international standard for comfort and sophistication. They have graced the first class cabins of legendary ocean liners - including the Titanic and the Queen Elizabeth II - and the suites of the world's most luxurious hotels, such as London's Park Lane and Savoy.